This book is great.

Michael E. Porter, one of the world's leading authorities on competitive strategy and international competitiveness, is the C. Roland Christensen Professor of Business Administration at the Harvard Business School. In 1983, Professor Porter was appointed to President Reagan's Commission on Industrial Competitiveness, the initiative that triggered the competitiveness debate in America. He serves as an advisor to heads of state, governors, mayors, and CEOs throughout the world. The recipient of the Wells Prize in Economics, the Adam Smith Award, three McKinsey Awards, and honorary doctorates from the Stockholm School of Economics and six other universities, Porter is the author of fourteen books, among them Competitive Strategy, The Competitive Advantage of Nations, and Cases in Competitive Strategy, all published by The Free Press. He lives in Brookline, Massachusetts. 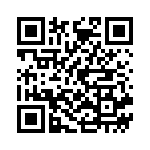