30 other sections not shown

Robert D. Lee is professor of political science at Colorado College in Colorado Springs. He is the author of Overcoming Tradition and Modernity: The Search for Islamic Authenticity (Westview Press, 1997) and the translator and editor of Rethinking Islam: Common Questions, Uncommon Answers by Mohammed Arkoun (Westview Press, 1994). 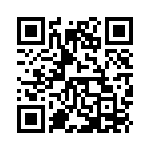