Page 46
The fear of these events has caused the Sultan of Aleppo, brother of the Sultans
of Damascus and Cairo, to turn his arms, with which he was preparing to attack
the Christian army at Damietta, against this king. Our legate, moreover, has sent ...
Page 97
The Prophet of Islam had forbidden all discussion of doctrine, and the history of
earlier attempts at discussion had shown that they were bound to fail. A course of
action so repugnant to Christian sentiment would only be justified by a sure hope
...
Page 100
"You are not" he says, "so ignorant of our affairs that you do not know the power
of the Christian people — of Spain so steadfast, Gaul so warlike, Germany so
populous, Britain so strong, Poland so daring, Hungary so active, and Italy so rich
, ... 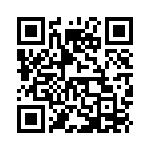