Page 48
Sir , you might as well tell us that you had seen him hold up his hand at the Old Bailey , and he neither swore nor talked bawdy ; or that you had seen him in the cart at Tyburn , and he neither swore nor talked bawdy .
Page 54
No , Sir ; you are not to talk such paradox : let me have no more on't . It cannot entertain , far less can it instruct . Lord Monboddo , one of your Scotch judges , talked a great deal of such nonsense . I suffered him , but I will not ...
Page 58
The General talked of languages being formed on the particular notions and manners of a people , without knowing which , we cannot know the language ... Johnson answered , " I should have thought so , Sir , if I had not heard you talk . 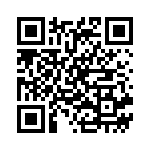