Jay Inslee is a Representative in the United States House of Representatives, representing the First District of the State of Washington, in the Seattle area. He is a recognized leader in Congress on energy issues and is the prime sponsor of the New Apollo Energy Act, a comprehensive plan to build a clean energy economy in America. Congressman Inslee was elected in 1998 and serves on the Energy Subcommittee of the House Energy and Commerce Committee. He was recently named by Nancy Pelosi to the new House Select Committee on Energy Independence and Global Warming.

Bracken Hendricks is a senior fellow with the Center for American Progress and former executive director of the Apollo Alliance, an organization of environmental organizations, businesses, and labor organizations dedicated to building a new energy future for America. Mr. Hendricks formerly served as Special Assistant to the Office of Vice President Al Gore and the National Oceanic and Atmospheric Administration where he worked on the Interagency Climate Change Working Group. He holds a Master's Degree in Public Policy and Urban Planning from Harvard's John F. Kennedy School of Government. 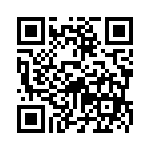