Mr. Taleb is a statistician by trade and while you may think this would made the book a difficult read if you aren't into that kind of thing I think you would be wrong. This book could be described as ... Read full review

Second edition: contains Postscript essay. This deserves a fuller review, but I'll keep it brief because it's taken me a long time to actually reach the end of the book and some of the detail is lost ... Read full review

Nassim Nicholas Taleb has devoted his life to problems of uncertainty, probability, and knowledge. He spent nearly two decades as a businessman and quantitative trader before becoming a full-time philosophical essayist and academic researcher in 2006. Although he spends most of his time in the intense seclusion of his study, or as a flâneur meditating in cafés, he is currently Distinguished Professor of Risk Engineering at New York University’s Polytechnic Institute. His main subject matter is “decision making under opacity”—that is, a map and a protocol on how we should live in a world we don’t understand.

Taleb’s books have been published in thirty-three languages. 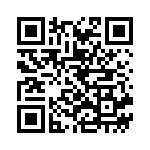