Page xvi
All Shakespearian quotations are taken from The Larger Temple Shakespeare
edited by Israel Gollancz, in twelve volumes (J. M. Dent, 1899). The shortened
forms of the play titles used in reference are as follows: Love's Labour's Lost
L.L.L. ...
Page 81
It appears once as an image of great charm, when poor Ophelia returns Hamlet
his gifts, which, she says, have lost 'their ... as damask roses', which was a
favourite scent of the time, probably also referred to by Boyet in Love's Labour's
Lost (5.
Page 117
In his early work, up to about I 594 or 1595, the images of food, of which there are
many, are of the most obvious, elementary and general kind; in the Sonnets,
Lucrece, Love's Labour's Lost, and the Two Gentlemen, they are almost wholly ... 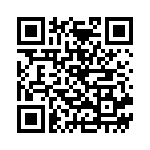