I felt that this was a great way to introduce students to our nation's capital. The illustrations are very realistic and very well done. It is a very comprehensive history of our nation's capital and I absolutely thought it was great. Read full review

Capital describes the building of The White House, The Washington Monument, The Lincoln Memorial, The Jefferson Memorial, and the Capital Building. Curlee starts by describing the founding of DC. It ... Read full review

38 other sections not shown

Karl Mark (1818-1883) was a philosopher, social scientist, historian, and revolutionary. He is without a doubt the most influential socialist thinker to emerge in the nineteenth century. Although he was largely ignored by scholars in his own lifetime, his social, economic, and political ideas gained rapid acceptance in the socialist movement after his death. In Paris, Marx developed his lifelong partnership with Friedrich Engels (1820-1895). 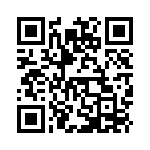