Not much to say. It was a new book. The price was reasonable and it arrived in good time. Read full review

David B. Capes (PhD, Southwestern Baptist Theological Seminary) is professor of New Testament in the School of Christian Thought at Houston Baptist University, where he was founding dean of the Honors College. He has authored, coauthored or coedited books such as Rediscovering Paul, Old Testament Yahweh Texts in Paul's Christology, The Footsteps of Jesus in the Holy Land, The Last Eyewitness, Rebecca's Children, The Voice of Hebrews and The Voice of Romans. In addition to contributing to a number of dictionaries, encyclopedias and professional journals, he served as the lead scholar on a new Bible translation, The Voice Bible. Since the early 1990s, Capes has been active in interfaith dialogue in Houston and co-hosts a radio show called A Show of Faith on TALK RADIO 950 KPRC Houston. He has served as pastor of several churches and has participated in a variety of professional organizations, including the Society of Biblical Literature, the Institute for Biblical Research and the National Association of Baptist Professors of Religion.

Rodney Reeves (PhD, Southwestern Baptist Theological Seminary) is dean of The Courts Redford College of Theology and Ministry and professor of biblical studies at Southwest Baptist University, both in Bolivar, Missouri. Previously a pastor with churches in Arkansas and Texas, Reeves is author or coauthor of A Genuine Faith: How to Follow Jesus Today, Spirituality According to Paul: Imitating the Apostle of Christ and Rediscovering Paul: An Introduction to his World, Letters and Theology. His articles have appeared in journals such as Perspectives in Religious Studies, Biblical Illustrator, Southwestern Journal of Theology and Preaching.

E. Randolph Richards (PhD, Southwestern Baptist Theological Seminary) is dean and professor of biblical studies in the School of Ministry at Palm Beach Atlantic University. He is a popular speaker and has authored and coauthored dozens of books and articles, including Paul Behaving Badly, A Little Book for New Bible Scholars, Rediscovering Jesus, Misreading Scripture with Western Eyes, Rediscovering Paul, The Story of Israel, and Paul and First-Century Letter Writing. Early on in their ministry he and his wife Stacia were appointed as missionaries to east Indonesia, where he taught for eight years at an Indonesian seminary. Missions remain on the hearts of Randy and Stacia. Randy leads mission trips and conducts missionary training workshops and regularly leads tours of the Holy Land, Turkey, Greece, and Italy. He has served as interim pastor of numerous churches and is currently a teaching pastor. He and Stacia reside in Palm Beach, Florida. 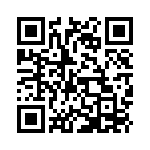