Lots of examples, focusing on folk religion in Germanic Jewry from the 11th century to 1600 CE. Importance of names---of people and angels, words, verses of the Bible, spells, etc. Read full review

Joshua Trachtenberg (1904-59) served in the American rabbinate for nearly three decades. He is the author of The Devil and the Jews. Moshe Idel is Professor of Jewish Thought at the Hebrew University of Jerusalem. His numerous publications include Kabbalah: New Perspectives, Messianic Mystics, and Hasidism: Between Ecstasy and Magic. He received the Israel Prize for excellence in the field of Jewish philosophy in 1999. 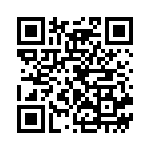