The author of this book is an academic, and a member of the so-called "Jesus Seminar". One has the impression that he is attempting to reach beyond the severely impoverished picture of Jesus which the ... Read full review

I read this little book several years back, and wanted to make sure it isn’t forgotten. Marcus Borg is one of my favorite writers, and this is what I’ve always considered his “coming out” book. The ... Read full review

Marcus J. Borg was born on March 11, 1942 in Minnesota. He majored in philosophy and political science at Concordia College. He did graduate work at Union Theological Seminary in New York City and at Oxford University. He taught at various Midwest universities before joining the faculty at Oregon State University in 1979. He taught religion there until his retirement in 2007. During his lifetime, he wrote or co-wrote 21 books including Jesus: A New Vision, The Meaning of Jesus: Two Visions with N. T. Wright, and Convictions: How I Learned What Matters Most. He died after a prolonged illness on January 21, 2015 at the age of 72. 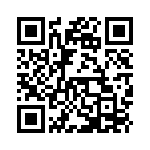