When Lynne Hansen was young, her older brother delighted in scaring her. He would hide behind doors and jump out at her. He would tell her horrible stories that had her covering her neck from the vampires and checking under the bed for the Boogey Man. Now it's her turn to scare people. Lynne Hansen lives in Tampa, Florida with her cat Pandora who is terrified of everything, and her husband Jeff Strand who puts up with both of them. Her favorite activities include playing her acoustic guitar, going on road trips, listening to music (she has a 40GB iPod with over 11,000 songs on it) and collecting super balls. AltDeath.com is her third young adult horror novel, and her first outside her Heritage of Horror series. And yes, there will be a sequel to AltDeath.com. Lynne loves to hear from her fans. You can e-mail her at Lynne@AltDeath.com or visit her website at www.AltDeath.com.

Sally Bosco is a graphic designer and software trainer by day, mistress of the macabre by night. Her short fiction has appeared in an assortment of literary magazines and anthologies, and she recently received a Master of Arts degree in Writing Popular Fiction from Seton Hill University. Alt.Death.com is her first novel. I am inexplicably drawn to the dark side, says Sally, mainly because it is so much fun. People need an escape from daily reality. I like writing young adult fiction because young people are grappling with identity issues and teenage angst. In many ways I still strongly relate. Her hobbies include painting, bodybuilding and traveling. Sally lives in Florida with undoubtedly the most spoiled cat in the world, MiniKitty. You can e-mail Sally at Sally@AltDeath.com or visit her website at www.sallybosco.com. 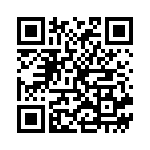