Benjamin Harshav is the Jacob and Hilda Blaustein Professor of Hebrew and Comparative Literature at Yale University. Until 1987, he taught at Tel Aviv University, where he established a department of poetics and comparative literature. He is also the founding editor of the journal Poetics Today. His recent books include Marc Chagall and His Times: A Documentary Narrative (Stanford, 2003) and Sing, Stranger: A Century of American Yiddish Poetry A Historical Anthology(Stanford, 2006). He is also the editor of Marc Chagall on Art and Culture(Stanford, 2003). 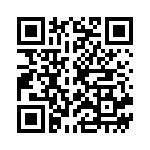