J. Hillis Miller is Distinguished Professor of English and Comparative Literature at the University of California, Irvine. He is the author of many books, including Topographies, Reading Narrative, Ariadne's Thread, Versions of Pygmalion, and The Linguistic Moment: From Wordsworth to Stevens (Princeton). 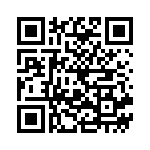