Page 33
Generally , the father has been the rapist , and so far , I know of 4 women to
whom this has happened ( out of 36 ... about her struggle to leave this man and
her subsequent recovery , and it was chosen for an award for Women's History
Month .
Page 46
In this book , a young woman lives on a farm in South Africa , far from others , with
her father and his new young bride . The narrative consists of 266 diary entries by
the young woman who has , we learn quickly , been raped by her father when ...
Page 167
As the class was ending , one of the women in the class went over to the writer
and silently put her arms around her . She was followed by another , then another
, until there were , I am not sure how many , four ? six ? women standing in the ... 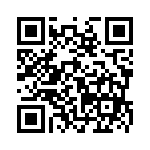