ENGLISH REVIEW SERVICE
“John O’Meara’s Otherworldly Hamlet contains two essays which had already—and rightly—been published, respectively in Cahiers Elisabethains (1989) and Hamlet Studies (1988). To these are now added two other good essays, and the group of four does give something like O’Meara’s general view of the play....I found much of interest, and especially upon rereading the most complex sections.”
Joost Daalder, The Review of English Studies, Volume XLVIII, Nov. 1997
“Perhaps the most exciting part of O’Meara’s short, succinct reading is the way in which he manages to reread with a fresh eye and committed critical will much of the play, constantly addressing key lines and central characters in new and challenging ways.” “The first essay, entitled “Sorrow”, is an original tracing of the transformational visionary that begins with Sackville’s Induction to The Mirror for Magistrates and continues through Kyd’s The Spanish Tragedy and Marlowe’s Dr. Faustus to show how “an intimate, yearning preoccupation with supernatural vision” provides a fresh way to understand Hamlet’s torment and delay.”
Arthur F. Kinney, English Language Notes, Volume XXXVI, Number 1, September, 1998.
“In his first essay....I found a compelling argument, grounded as it is in a sustained scholarly reading of a group of texts, and most interesting in the suggestive way it points forward to the structure of the Romantic text....something ever more about to be...”
Ruth Vanita, Hamlet Studies, Volume 16, Summer and Winter 1994, Nos. 1 and 2
“[T]he essays deal respectively with Sorrow (Sackville, Kyd and “sorrowful imagination”); Sexuality (Luther and the “lust in all love”); Revenge ; and finally Death (encounters with both of which spring from Hamlet’s Luther-like visionary experience). Citing Luther’s statement, “nothing can cure libido, not even marriage”, O’Meara develops his thesis....Hamlet “is coming to grips with the disturbance at the very heart of the play: with the horror of a sexual judgment which leads directly to punishment in the otherworld for Hamlet’s father”....What is even more impressive is the author’s analysis of the cause of Hamlet’s delay: his revenge is “tragically complicated, posing the problem of a violent action to be done in “perfect conscience” (V.ii.67), perfect integrity of being”....The elegant and subtle prose lends force and dignity to the argument.”
Corona Sharp, English Studies in Canada, Volume 19, Number 4, December 1993
“O’Meara argues that the Lutheran insistence upon the fallenness of man embodied in his sexuality is what animates Hamlet’s self-disgust, and that the search for an Otherworldly guarantee of that perspective is eventually validated at the end of the play.”
David Lindley, Shakespeare Survey, Volume 46, 1994 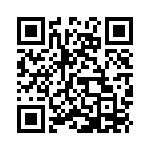