This copy is missing pages 88 and 89 (of the original pagination) - consult the copy from the University of Michigan for these two pages.

Page 118 - May it please your majesty, I have neither eyes to see, nor tongue to speak in this place, but as the House is pleased to direct me...
Appears in 424 books from 1767-2008
Page 23 - THE Muse," disgusted at an age and clime Barren of every glorious theme, In distant lands now waits a better time, Producing subjects worthy fame ; — In happy climes, where, from the genial sun And virgin earth, such scenes ensue, The force of art by nature seems outdone, And fancied beauties by the true ; — In happy climes, the seat of innocence, Where nature guides and virtue rules ; Where men shall not impose, for truth and sense, The pedantry
Appears in 262 books from 1752-2007
More
Page 23 - There shall be sung another golden age, The rise of empire and of arts, The good and great inspiring epic rage, The wisest heads and noblest hearts. " Not such as Europe breeds in her decay ; Such as she bred when fresh and young, When heavenly flame did animate her clay, By future poets shall be sung. " Westward the course of empire takes its way ; The four first acts already past, A fifth shall close the drama with the day ; Time's noblest offspring is the last.
Appears in 426 books from 1805-2008
Page 63 - I answered, that the event to be commemorated happened in the year 1758, in a region of the world unknown to the Greeks and Romans, and at a period of time when no warriors who wore such costume existed. The subject I have to represent is a great battle fought and won, and the same truth which gives law to the historian should rule the painter.
Appears in 29 books from 1830-2005
Page 63 - When it was understood," said the artist, "that I intended to paint the characters as they had actually appeared on the scene, the Archbishop of York called on Reynolds, and asked his opinion they both came to my house to dissuade me from running so great a risk. Reynolds began a very ingenious and elegant dissertation on the state of the public taste in this country, and the danger which every innovation incurred of contempt and ridicule, and concluded by urging me earnestly to adopt the costume...
Appears in 31 books from 1820-2007
Page 25 - There is a gentleman of this kingdom just gone for England ; it is Dr. George Berkeley, dean of Derry, the best preferment among us, being worth eleven hundred pounds a year.
Appears in 62 books from 1801-2006
Page 147 - About ten o'clock, Dr. Warren sent in great haste for me, and begged that I would immediately set off for Lexington, where Messrs. Hancock and Adams were, and acquaint them of the movement, and that it was thought they were the object.
Appears in 31 books from 1826-2008
Page 26 - Indian scholars and missionaries; where he most exorbitantly proposes a whole hundred pounds a year for himself, forty pounds for a fellow, and ten for a student. His heart will break if his deanery be not taken from him, and left to your Excellency's disposal.
Appears in 84 books from 1756-2006
Page 147 - I agreed with a Colonel Conant, and some other gentlemen, that if the British went out by water, we would show two lanterns in the north church steeple ; and if by land one as a signal ; for we were apprehensive it would be difficult to cross the Charles river, or get over Boston neck.
Appears in 56 books from 1834-2006
Page 391 - I have, in obedience to the public summons, repaired to the present station, it would be peculiarly improper to omit, in this first official act, my fervent supplications to that Almighty Being, who rules over the universe, who presides in the councils of nations, and whose providential aids can supply every human defect...
Appears in 355 books from 1791-2008
Less

American dramatist William Dunlap was born on February 19, 1766 in Perth Amboy, New Jersey. At the age of eleven, his family moved to New York City and he attended numerous plays that were popular with the British Officers. In 1778, his right eye was injured by a piece of firewood and he lost the sight in that eye. Despite this, he pursued his interest in painting and painted a portrait of George Washington in 1783. The following year, he traveled to London to study with Benjamin West. When he returned to America in late 1787, he began to write plays. His 1798 play Andre, a tragedy based on an actual occurrence in the Revolution, was the first native play on American material. He wrote or adapted more than sixty plays during his lifetime. He was a partner in the American Company from 1796-1797 and was manager of the Park Theatre in New York City from 1798-1805. He died in 1839. 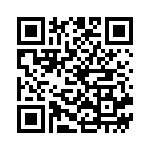