Humphrey Carpenter began his career working for the BBC and appeared on Radio 3 and 4 many times since. He has written many bestselling, award-winning biographies whose subjects include Tolkein, CS Lewis, Ezra Pound, WH Auden, Bejamin Britten, Spike Milligan. He was a prolific author of childrens' book and a skilled jazz musician. He died in January 2005. 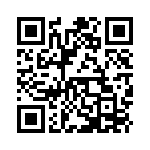