Steven Connor is Professor of Modern Literature and Theory at Birkbeck College, University of London and Director of the London Consortium Programme in Humanities and Cultural Studies. 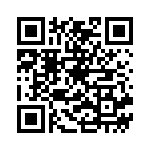