A collection of short essays, mostly written as monthly columns for the RIBA Journal, Mitchell here seems to emulate the prose of the late Stephen Jay Gould. His weaving of popular culture and current ... Read full review

Risto Miikkulainen is an Assistant Professor in the Department of Computer Sciences at The University of Texas at Austin. 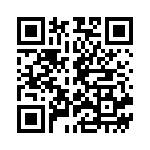