Jock Young is Distinguished Professor of Criminal Justice at the Graduate Center of the City University of New York and John Jay College of Criminal Justice. He is a Visiting Professor of Sociology at the University of Kent's School of Social Policy, Sociology and Social Research. His work has had a profound impact on criminology. Along with John Lea, Jock Young developed Left Realism Criminology and is now involved in a new theoretical development known as Cultural Criminology. He has published extensively across a wide range of areas including mass media, drugs, abortion, policing, criminal victimization, stop and search and ethnic minorities.He has just finished a trilogy on social exclusion: The Exclusive Society (Sage, 1999) The Vertigo of Late Modernity (Sage, 2007) and The Criminological Imagination (Polity Press, 2011). 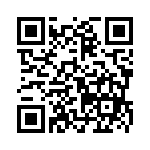