This is an interesting account of the effects of a certain type of prayer training on the spiritual life of practitioners. The combination of observation, participation and experiment was particularly ... Read full review

Would have made a great New Yorker article. As a 400-page book it feels stretched pretty thin. And Luhrmann, while seemingly an interesting person, is not a great writer. Still worth your time if you find the subject compeling. Read full review

TANYA LUHRMANN is a psychological anthropologist and a professor in the Department of Anthropology at Stanford University. She received her education from Harvard and Cambridge universities, and was elected as a fellow of the American Academy of Arts and Sciences in 2003. In 2007, she was awarded a Guggenheim Fellowship. 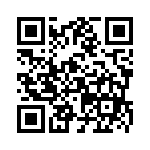