Vladimir Konieczny is a freelance writer and a professional saxophone and bassoon player. He first heard Glenn Gould on the CBC during his teens, and he has remained a lifelong fan. The author of the children’s title Struggling for Perfection: The Story of Glenn Gould, he lives on Pender Island, British Columbia. 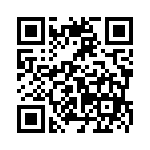