DAVID S. FICK is a graduate of the Wharton School, University of Pennsylvania, and has spent his entire business career as an entrepreneur in Kansas. His interest in African entrepreneurs began while on a two-week tour of Kenya, Tanzania, and Ethiopia in 2000. It changed his life. He recognized quickly that these entrepreneurial engineers of growth were meeting roadblocks that would stagger even their most talented, dedicated counterparts elsewhere, but were surmounting them with almost unbelievable success. These are their stories. 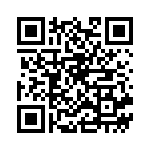