Paul Zeitz studied history at Harvard and received a Ph.D. in mathematics from the University of California, Berkeley. He currently is an associate professor at the University of San Francisco. He won the USA Mathematical Olympiad (USAMO) and was a member of the first American team to participate in the International Mathematical Olympiad (IMO) in 1974. Since 1985, he has composed and edited problems for several national math contests, including the USAMO and helped train several American IMO teams, most notably the 1994 "Dream Team" which, for the first time in history, achieved a perfect score. In 2003, he received the Deborah Tepper Haimo award, a national teaching award for college and university math, given by the Math Association of America. 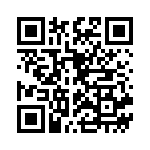