Dean Swinford is an Assistant Professor of English at Fayetteville State University. He is interested in the narrative practices employed in early scientific texts, particularly as these practices highlight the connections between religious mysticism and scientific reasoning. He has examined the historical contextualization of allegorical signification in authors ranging from Kepler to Kafka. His publications have appeared in Neophilologus, Journal of the Fantastic in the Arts, and Revue d'Histoire des Sciences. 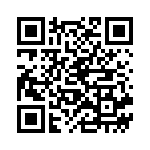