Clay Blair served in combat on a submarine in the Pacific, attended Tulane and Columbia universities, and became the National Security Correspondent for Time, Life, and the Saturday Evening Post magazines in Washington, then editor in chief of the Saturday Evening Post. He has published hundreds of magazine articles and 24 prior books. These include biographies of Admiral H.G. Rickover, Generals Douglas MacArthur, Omar N. Bradley, Matthew B. Ridgway, and John F. Kennedy and most recently, a definitive account of the conflict in Korea, The Forgotten War. He lives with his wife on Washington Island, Wisconsin. 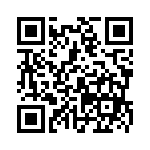