Frances Heiman has written and published poetry and non-fiction. This is her first novel. It is about the people in Indiana who struggle with poverty and child abuse and domestic violence. Ms. Heiman has been writing for twenty-five years. She lives in suburban Chicago and is working on four other books. She has won poetry prizes and a short fiction award. 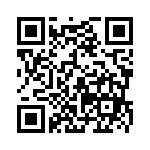