Frances Hern grew up in Birmingham, England near Tolkien territory. An avid reader and writer, she now lives in Golden, BC, where she writes poetry, non-fiction and children's fiction. Although she didn't enjoy high school history she has come to realize how strongly the past influences the present and aims to write historical fiction and non-fiction that will entertain readers. Please visit www.franceshern.ca 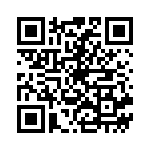