Page 32 - Blue will be a star there just as he was on earth to all those who had the good fortune to know him and work with him on this earth.
Appears in 8 books from 1953-2003

During the Second World War, Charles Foster visited Hollywood on leave and established lifelong friendships with many of the Canadians he now writes about. Later, he wrote comedy material for many TV shows and for comedians like Bob Hope and Jack Benny. His first book, Stardust and Shadows, drew critical acclaim. 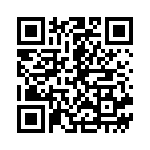