Page 55
The rocks are classed in amphibolite facies , and consist of hornblende -
plagioclase schists , epidote - hornblende - plagioclase schists and in small
amounts of hornblende - garnet - plagioclase schists . This also includes the
scattered sheets ...
Page 58
In this region , biotite also appears at certain horizons in the schists , and usually ,
when biotite appears , there is very little or no hornblende in the schists . These
schists contain biotite , chlorite , pyrite , quartz and feldspar . Along the sheared ...
Page 78
Other rocks which cover a major part of this area are chlorite schists , mica -
schists and quartz - mica - scbist , with minor metapyroxenite containing horn
blende , serpentine , epidote and hematite . A tbip outcrop of steelgrey ,
compacted ... 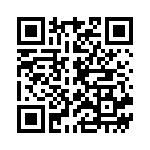