Page 10
For example, much of the clothing and household goods donated to
Maedrastyrksnefnd are more representative of an exercise in waste management
than charity, let alone gifting. The clothing donations, usually dropped off in black
plastic ...
Page 11
Later, at Maedrastyrksnefnd, I also discovered soiled underwear in a bag of
donated clothes. After many examples of dirty and torn clothing, broken toys,
used toiletries and cosmetics, and for lack of a better term, assorted junk, I could
only ...
Page 12
As such, charities offer a "moral relief bargain" (Poppendieck 1 998:9) by
accepting goods that would otherwise go to waste, and possibly there is a similar
aversion to throwing away clothes that could be used. As such,
Maedrastyrksnefnd ... 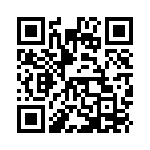