CHRIS HADFIELD is one of the most seasoned and accomplished astronauts in the world. A veteran of three spaceflights, he crewed the US Space Shuttle twice, piloted the Russian Soyuz, helped build space station Mir, conducted two space walks, and served as Commander of the International Space Station. He was also NASA’s Director of Operations in Russia. Chris is the co-creator and host of the BBC series Astronauts: Do You Have What It Takes?, and helped create and host, along with actor Will Smith, the National Geographic series One Strange Rock. Hadfield's zero-gravity video version of David Bowie's "Space Oddity"—the first music video recorded in space—has been watched over 50 million times, and his TED Talk on fear has been viewed over 10 million times. He advises SpaceX, Virgin Galactic, and other space companies, chairs the board of the Open Lunar Foundation, leads the CDL-Space international tech incubator, and teaches a MasterClass on space exploration. His books, An Astronaut's Guide to Life on Earth, You Are Here, The Darkest Dark, and his debut thriller, The Apollo Murders, have been international bestsellers, topping the charts for months in Canada. 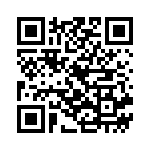