Gordon R. Dickson was the Hugo- and Nebula-winning author of many classics of fantasy and science fiction, most famously the Childe Cycle (also known as the Dorsai series). He died in 2001. 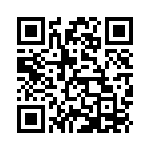