This book came to my attention when I read a review as I had myself as an armchair analyst came to the same conclusion proposed in the book, namely that the only possible peaceful solution is a united ... Read full review

ONE COUNTRY: A Bold Proposal to End the Israeli-Palestinian Impasse

"What will it take to make peace between Israelis and Palestinians?" asks a Palestinian-American journalist. His answer is a bold proposal indeed.Abunimah suggests that Palestinians and Israelis agree ... Read full review

The Jordanian-American son of Palestinian refugees, Ali Abunimah is the creator and editor of The Electronic Intifada, since 2001, and more recently of Electronic Iraq. A graduate of Princeton University, he is a frequent speaker and commentator on the Middle East, writing for the Chicago Tribune and the Los Angeles Times. He lives in Chicago, Illinois. 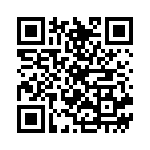