Very interesting and informative look at the attempt by millenarian fundamentalists to take over Mecca in 1979. The reader also gets a a better understanding of the way the the Saudi kingdom works ... Read full review

THE SIEGE OF MECCA: The Forgotten Uprising in Islam's Holiest Shrine and the Birth of Al Qaeda

Had there been no 11/20/79, there might never have been a 9/11/01: 20-20 hindsight meets solid journalistic and storytelling skills in this latest work by sometime Wall Street Journal correspondent ... Read full review

Yaroslav Trofimov, an award-winning foreign correspondent for the Wall Street Journal, has extensively reported from Saudi Arabia and other Muslim countries. He is also the author of Faith atWar: A Journey on the Frontlines of Islam, from Baghdad to Timbuktu. 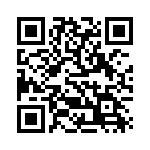