Pulitzer-winning novelist Smiley (Horse Heaven, 2000, etc.) brings her fluid prose to a fresh and insightful look, through a psychological lens, at the life of Dickens.True to the always-interesting ... Read full review

Smiley, whose novels include the Pulitzer Prize-winning A Thousand Acres, presents her new book as an attempt to see Dickens as his contemporaries would have, through his literary works. She does not ... Read full review

Louisa May Alcott was born in Germantown, Pennsylvania, in 1832. The family later settled in Concord, Massachusetts, where Alcott was influenced by their neighbors Nathaniel Hawthorne, Ralph Waldo Emerson, and Henry David Thoreau. At a young age, Louisa took on some of the family's financial burdens and worked as a domestic, a teacher, and a writer. In 1868 and 1869, fame and fortune came with the publication of Little Women. The author of numerous novels and an active campaigner for temperance and women's suffrage, Alcott died in 1888.   Regina Barecca, Professor of English and Feminist Theory at the University of Connecticut, is the editor of the influ­ential journal LIT: Literature, Interpretation, Theory. Among her many books are They Used to Call Me Snow White . . . But I Drifted, a widely acclaimed study of wom­en's humor, and Babes in Boyland, It's Not That I'm Bit­ter . . . , and Untamed and Unabashed: Essays on Women and Humor in British Literature. She is also the editor of The Penguin Book of Women's Humor.   Susan Straight is an award-winning fiction writer whose novel Highwire Moon, was a finalist for the National Book Award. Her other novels include Aquaboogie, I Been in Sorrow's Kitchen and Licked out All the Pots, and Blacker than a Thousand Midnights. She was born in Riverside, California, and lives there with her three daughters. 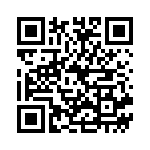