Peter Haughland Howden achieved his LL.B. in 1965 (since awarded as the Juris D.) at the Faculty of Law in the University of Toronto where, at Trinity College, he did his undergraduate work. He studied, among other things, community planning law under Prof. J. B. Milner. After practising for 13 years, he was appointed to the Ontario Municipal Board, becoming a Vice-Chair in 1991, shortly before he received an appointment to what is now the Superior Court of Justice for Ontario. The Hon. Peter Haughland Howden retired on December 31, 2014. 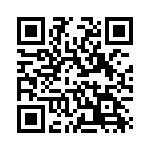