Strabo wrote the Geographica (also known as the Geography) between the years 17/18 and 23/24. He presents a fascinating picture of how the world appeared to the Greeks and Romans of the late 1st century BCE and early 1st century CE. Strabo's work,which was extremely long, was divided into seventeen books, probably by the author himself. Centuries later, Gustav Kramer produced an edition of Strabo' s Greek text, with a list of manuscript variations, issued in three volumes from 1844 to 1852. In the year in which the last of these three volumes was issued, Kramer also published a shorter, two-volume edition (in which the list of manuscript variations was eliminated). What we have here is the second volume of Kramer's shorter edition. This second volume contains Strabo's description of Asia, India, the Middle East, Egypt and Africa. For further details, go to www.strabo.ca. 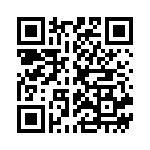