I have to say I really didn't like this book until I was over halfway through. But it was short enough that I just decided to finish it. The only character I liked was Kurt. Occasionally Alice but ... Read full review

Jennifer Mathieu started writing stories when she was in kindergarten and now teaches English to middle and high schoolers. She lives in Texas with her husband, her son, her dog, and two cats. Nothing bad has ever been written on the bathroom stall about Jennifer. At least she doesn't think so. The Truth About Alice is Jennifer's debut novel. 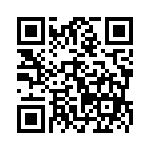