Parke Godwin was born on February 25, 1816, in Paterson, N.J. and soon became one of the leading American journalists of the 19th century. He began working for the New York Evening Post in 1837, and had a long intermittent history with that newspaper, eventually taking over as its editor after the death in 1878 of then-editor William Cullen Bryant, Godwin's father-in-law. Godwin was also very active in political circles. After a rift over political views with Bryant in 1842, he left the Evening Post and founded the Pathfinder, a short-lived journal. He also wrote about his socialist views in numerous journals and newspapers. In the 1950s, he campaigned for Abraham Lincoln and became a supporter of emancipation. His important works include Democracy, Constructive, and Pacific and A Popular View of the Doctrines of Charles Fourier. He also translated the autobiography of Goethe and wrote a biography of his father-in-law. Parke Godwin died on January 7, 1904 in New York City. 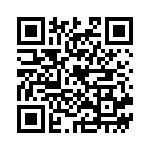