Page 35
tion placed on the use of the Gurkhas was that they were not to be employed
against Nepal, against other Gurkhas i. e. British Gurkhas, against Hindus and
unarmed mob. In retuin, India undertook to meet Nepal's military needs regarding
...
Page 77
They argue that the .subsequent event, of Sino- Indian conflict, a few days after
this statement prove the oonten tion. On the contrary, some scholars hold tho
view that the statement was made in view of the Sino-Indiau border dispute rather
...
Page 199
In that year, 'Indian coopera tion Mission' was established which continues to
work as a cohesive link for promoting cultural ties between the two countries. 96.
lnilia-TScJi<t{ Technical Cooperation, Indian, AiJ Miaission, Kath aa- cdu, n. d, ,p. 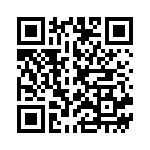