Donald G. Bloesch (Ph.D., University of Chicago) is professor of theology emeritus at Dubuque Theological Seminary in Dubuque, Iowa. He has written numerous books, including Essentials of Evangelical Theology, The Future of Evangelical Christianity, The Struggle of Prayer and Freedom for Obedience. He is also a past president of the Midwest Division of the American Theological Society. 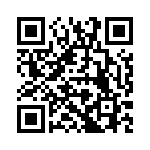