Both the title and the subtitle (“The Ragtag Fleet that Lost the Battle of Lake Champlain but Won the American Revolution”) are misleading; although a good part of the book does cover Arnold’s command ... Read full review

Page 28 - I now propose to advance before you, and in person conduct you through the wicketgate ; for we must this morning either quit our pretensions to valor or possess ourselves of this fortress in a few minutes ; and inasmuch as it is a desperate attempt which none but the bravest of men dare undertake, I do not urge it on any contrary to his will. You that will undertake voluntarily, poise your firelocks.
Appears in 100 books from 1807-2007
Page 9 - But lest some unlucky event should happen unfavorable to my reputation, I beg it may be remembered by every gentleman in the room that I this day declare, with the utmost sincerity, I do not think myself equal to the command I am honored with.
Appears in 273 books from 1776-2008
More
Page 51 - Resolved, That a general be appointed to command all the Continental forces raised, or to be raised, for the defence of American liberty.
Appears in 192 books from 1800-2007
Page 8 - French. You say to your soldier, "Do this" and he doeth it. But I am obliged to say, " This is the reason why you ought to do that,
Appears in 67 books from 1859-2008
Page 13 - Sevier, my editor, whose sharp eye and unflagging encouragement helped to improve the novel be / have always thought Hudson's River the most proper part of the whole continent for opening vigorous operations.
Appears in 11 books from 1992-2006
Page 175 - It is true, payment has been promised from time to time ; yet they look upon such promises as vague, their labor and property lost, and the Congress or United Colonies bankrupt. And in a more material point, they have not seen sufficient force in the country to protect them.
Appears in 16 books from 1834-2006
Page 47 - be taken of all such cannon and stores, in order " that they may be safely returned, when the " restoration of the former harmony between " Great Britain and her colonies, so ardently " wished for by the latter, shall render it prudent " and consistent with the overruling law of self
Appears in 46 books from 1804-2007
Page 32 - I ordered him to deliver to me the fort instantly ; he asked me by what authority I demanded it: I answered him, "In the name of the great Jehovah, and the Continental Congress.
Appears in 42 books from 1809-2007
Page 76 - I only regret that I have but one life to lose for my country...
Appears in 855 books from 1845-2008
Less

James L. Nelson, a former sailing vessel seaman and boatswain, is the author of two series of novels about the great sailing navies: Revolution at Sea and Brethren of the Coast. His most recent novel is Glory in the Name: A Novel of the Confederate Navy. He also wrote the nonfiction title Reign of Iron:The Story of the First Battling Ironclads. 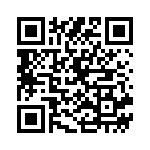