A naturalized American who was born in Canada on November 1, 1923, Gordon Rupert Dickson is a popular science fiction writer. Dickson graduated from the University of Minnesota in 1948 and made his home in Minneapolis. Among his many novels, especially notable is Soldier, Ask Not, which won the Hugo Award in 1965. For many years, Dickson's most engrossing project was his Childe Cycle, a series of novels about humanity's evolutionary potential, which included a group of futuristic books that are popularly known as the Dorsai Cycle. Dickson also wrote hundreds of short stories and novelettes including Call Him Lord, for which he received a Nebula Award in 1966. 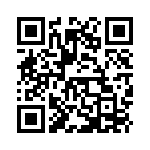