Eric Ormsby’s poetry has appeared in most of the major journals in Canada, England and the U.S., including The New Yorker, Parnassus and The Oxford American. His first collection of poems, Bavarian Shrine and other poems (ECW Press, 1990), won the QSpell Award of 1991. In the following year he received an Ingram Merrill Foundation Award for ‘outstanding work as a poet’. His collection, Coastlines (ECW Press, 1992), was a finalist for the QSpell Award of that year. A sixth collection, Time’s Covenant, appeared in 2006 with Biblioasis. His work has been anthologized in The Norton Anthology of Poetry as well as in The Norton Introduction to Literature.

Eric and his wife Irena currently live in London, England. 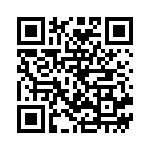