Patricia E. Roy is professor emerita of History at the University of Victoria and a member of the Royal Society of Canada. 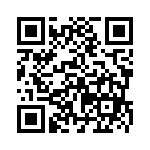