Published in 1993, this set of former Canadian Prime Minister Trudeau’s memoirs briefly covers the first 49 years of his life including childhood, early world travels and entry into politics, and then ... Read full review

While I'll admit to greatly admiring Pierre Elliott Trudeau, I did try to read his Memoirs with an unbaised view. What I found was a man who, himself, attempted to view his world without bias, to plot ... Read full review

Pierre Elliott Trudeau was a politician, writer, constitutional lawyer, and prime minister of Canada (1968-79, 1980-84). It was his forthright approach and candid opposition to the dominant ideology and what passed for conventional wisdom that won him strong support as well as criticism. During his years in Ottawa, as justice minister and prime minister, he introduced controversial measures ranging from wage-and-price controls and restrictions on foreign investment, to expanded rights for homosexuals. Some of his major accomplishments include the 1980 defeat of Québec separatism, official bilingualism, the patriated Constitution, and the Charter of Rights and Freedoms. He is also known for his opposition to the much-publicized Meech Lake and Charlottetown accords. Trudeau was awarded the Albert Einstein Peace 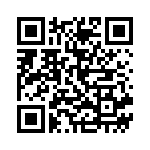