ROBERT FELGAR is Professor of English at Jacksonville State University in Jacksonville, Alabama. He is author of Richard Wright (1980), as well as numerous articles on black literature, Robert Browning, and Mississippi writers. He directed two Summer Seminars for School Teachers on The Achievement of Richard Wright under the sponsorship of the National Endowments for the Humanities. He is currently writing articles on Wright's novel Native Son. 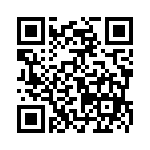