I devoured this fantastic book describing some highlights of a marine biologist's career studying sharks over thirty years. Well-written, the book focuses on the process of science, as fascinating ... Read full review

The secret life of sharks: a leading marine biologist reveals the mysteries of shark behavior

This book should have been titled The Secret Life of A. Peter Klimley. While it contains information about sharks, the primary focus is the author's marine biology career, scientific methods, and ... Read full review

Page iii - I would like to dedicate this book to the memory of my father, my mother, and my grandmother.
Appears in 19 books from 1979-2007

A. Peter Klimley is an internationally known marine biologist. An adjunct associate professor in the Department of Wildlife, Fish, and Conservation Biology at the University of California, Davis, Klimley has published articles on sharks in American Scientist, Natural History, and other popular magazines, as well as more than fifty scientific articles. He has appeared in numerous film documentaries worldwide. A coauthor of the leading academic book on great white sharks, Dr. Klimley lives in Petaluma, California. 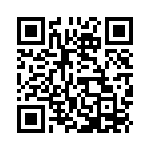